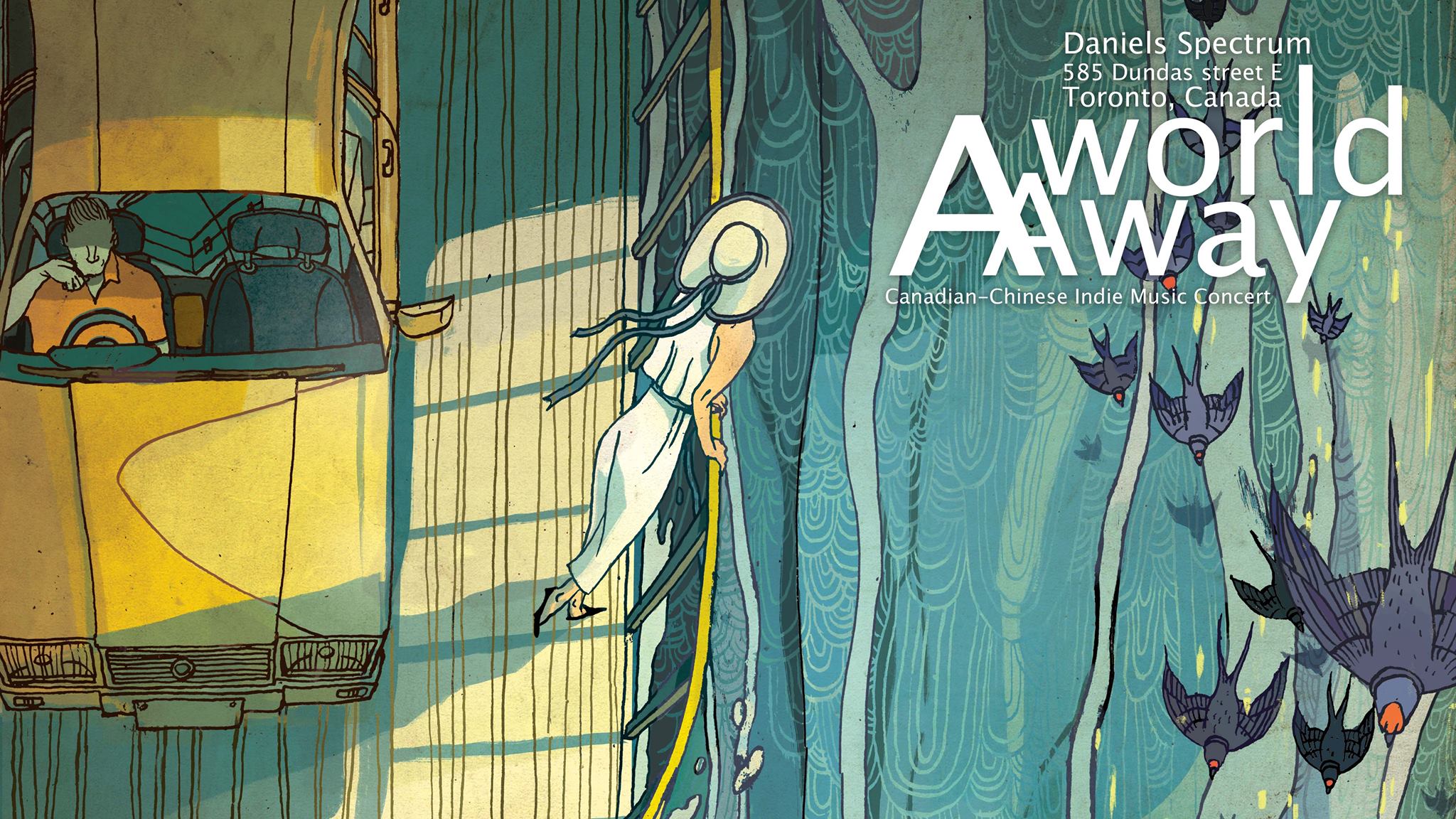 Co-hosted by Art Calorie Studio, A World Away will feature more than ten independent musicians in many genres (including Blues, Soul, Rock, Indie Folk, and Pop), and is poised to begin a dialogue between East and West. A World Away is part of the China-Canada 2015-2016 Year of People-to-People and Cultural Exchange Program – independent musicians performing onstage will draw together Chinese and Canadian cultures.

Not only will Chinese and Western instruments be played, but a deeper musical fusion is possible; Chinese, Canadian, and Canadian-Chinese musicians are scheduled to perform in this curated concert, bringing each of their distinct heritages to the stage. Artistic innovation, new musical voices, and a family-friendly space are lined up for this unique concert. A house band, Marito Marques, will also lend its talents to the show. If vibrant indie music in springtime is calling you, A World Away is a must-see (and hear). Welcoming to individuals and families, this crossover musical performance has the potential to become an annual Toronto event. We hope to see you at Daniels Spectrum on April 9, to experience A World Away.