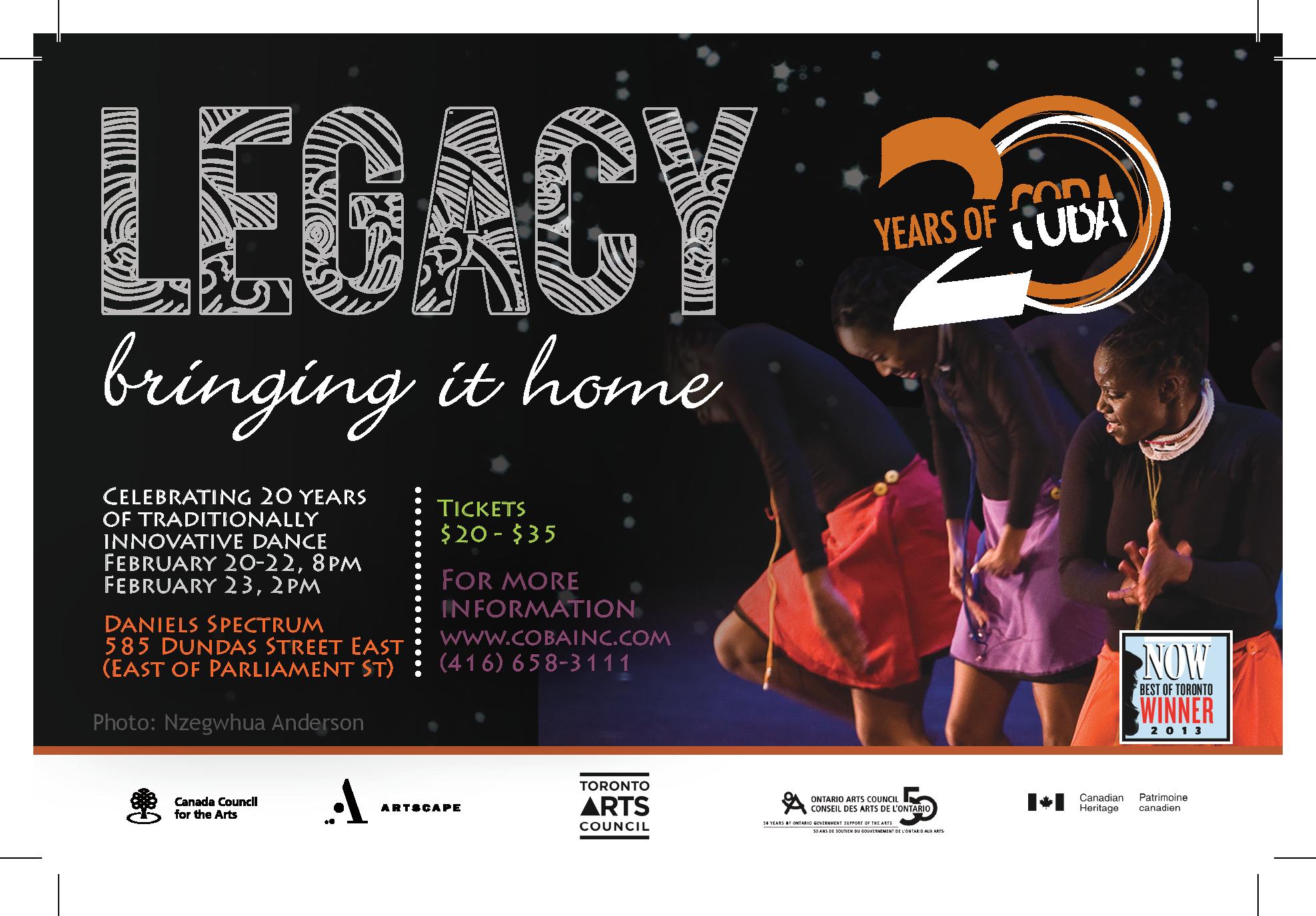 LEGACY: Bringing it Home — a retrospective of Traditional and Contemporary African Dance

LEGACY, a solemn and playful performance honouring of the past, addresses the currency of social consciousness in the present, suggesting a connected future of purpose. Maa Keeba , the first of three pieces, is a variegated portrait in movement of Miriam Makeba’s life. Juxtaposed with her music, the piece shares a story that is complex, rich in melancholy and layered in optimism. Portrait blends movement and poetry. Set to the music of the prolific Nina Simone, it explores issues of race and equality. The final piece, Doun Doun Dance, is a playful tribute to Guinea’s spirited Ku-Ku rhythm and the high-octane stick-drum dance traditionally performed by women from the Forest Region. Originally performed only on the djembe, Ku-Ku is played to mark the end of the harvest and during celebration festivities.

Led by COBAs co-Artistic Directors Bakari I. Lindsay and Charmaine Headley and supported by a roster of guest choreographers and COBAs African Drum Ensemble, the 20th Season is perpetually suspended in movement, technique, music and tradition. It affirms the joy in resilience, the strength in survival and the celebration of a legacy of 20 years at the forefront of African / Caribbean tradition in the Canadian performing arts milieu.