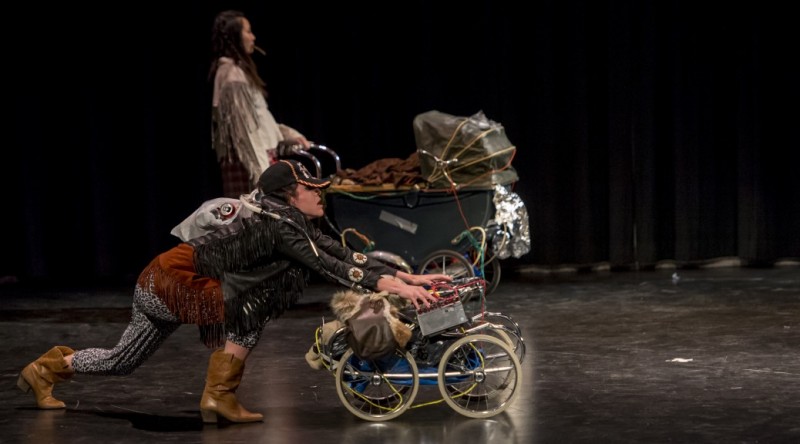 NGS (Native Girl Syndrome) is inspired by the experience of Kramer’s own grandmother who migrated from a remote First Nations community into an unfamiliar urban environment as a young woman. The piece explores the effects of cultural disorientation, assimilation, and the self-destructive behavior she endured.