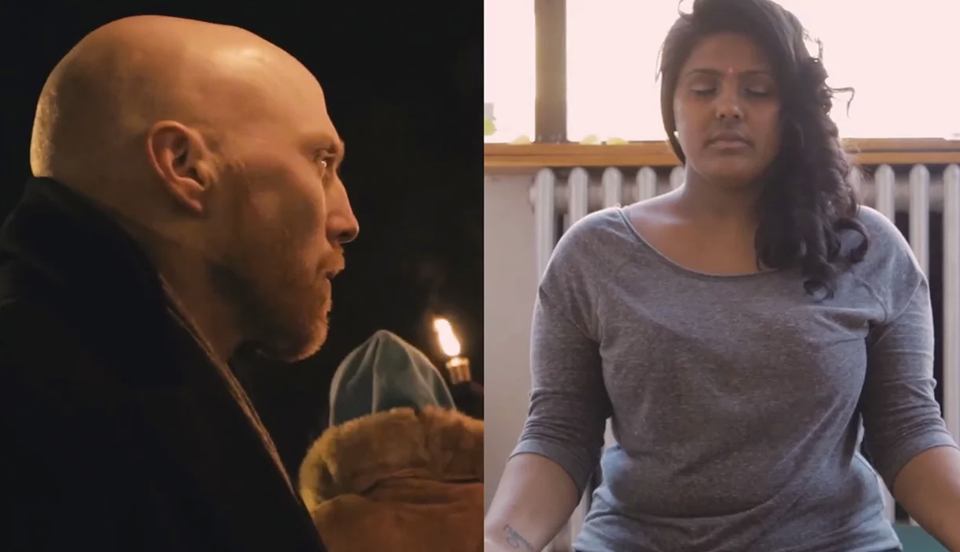 Join us for the screening of our short documentary “The Spirit of Social Change,” followed by a panel discussion with the director Tendisai Cromwell and two activists featured in the film, Simon Black and Nayani Thiyagarajah. The discussion will be moderated by CBC journalist Pacinthe Mattar, producer at The Current.

The documentary features two activists who explore their evolving relationship to spirituality and examine it as a force for personal transformation and social change.

The film is the culmination of a two-year Couchiching Conversation Series centred around youth empowerment, spirituality, and social action. We engaged hundreds of people in cities across Canada to reflect on their beliefs and how they are translated into social engagement. This was made possible through the generous support of the Inspirit Foundation.

Click here to register for free tickets via Eventbrite. Seating is Limited.

Simon Black is a writer, activist, and Assistant Professor in the Centre for Labour Studies at Brock University. His writing has appeared in The Independent, the International Socialist Review, Relay, New Labor Forum, on rabble.ca, and in Canada’s hip hop magazine POUND.@_SimonBlack

Nayani Thiyagarajah is a film director, writer, and producer. She was a 2015 fellow of the CBC’s Workshop for Diverse Creators, an Executive producer at Refuge Productions, and a Co-founder of the Society of DirectHERS and ProduceHERS. @_9knee

Tendisai Cromwell is a Toronto-based filmmaker, writer, and journalist. She produced the documentary The Spirit of Social Change through New Narrative Films, a production company that focuses on faith, spirituality, and diverse communities. @Tendisai