Under the Stars: Movies in the Park (Summer Series) 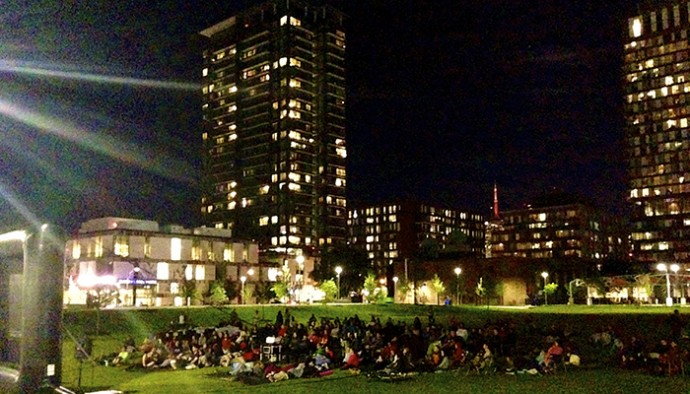 Every Wednesday, join Regent Park Film Festival as they host outdoor movies in Regent Park. Come early for the “taste of Regent Park” market, music, activities and a meal generously provided by the Regent Park Community Food Centre. We encourage audiences to bring their own blankets and warm clothing. Popcorn and refreshments will be available for purchase.

Under the Stars:Movies in the Park 2015 Line Up:

*This event is part of Daniels Spectrum Summer Series, produced by Artscape in collaboration with our 2015 program partners and is made possible through the generous contribution of an Anonymous Donor to the Artscape Foundation. #SummerSeriesRP