Since the 1960s, the Root & Burger restaurant stood in a shopping plaza just west of where Daniels Spectrum is now, sandwiched between George’s Mini Market and Soap Opera Coin Laundry. It was one of the first businesses to be established in South Regent Park, and many members of the community share fond memories of tasty, affordable meals served by spirited owners Nick and Helen. Youth from the neighbouring schools frequented the Root & Burger during lunch time, congregating in front of the restaurant to chat and unwind over burger combos. 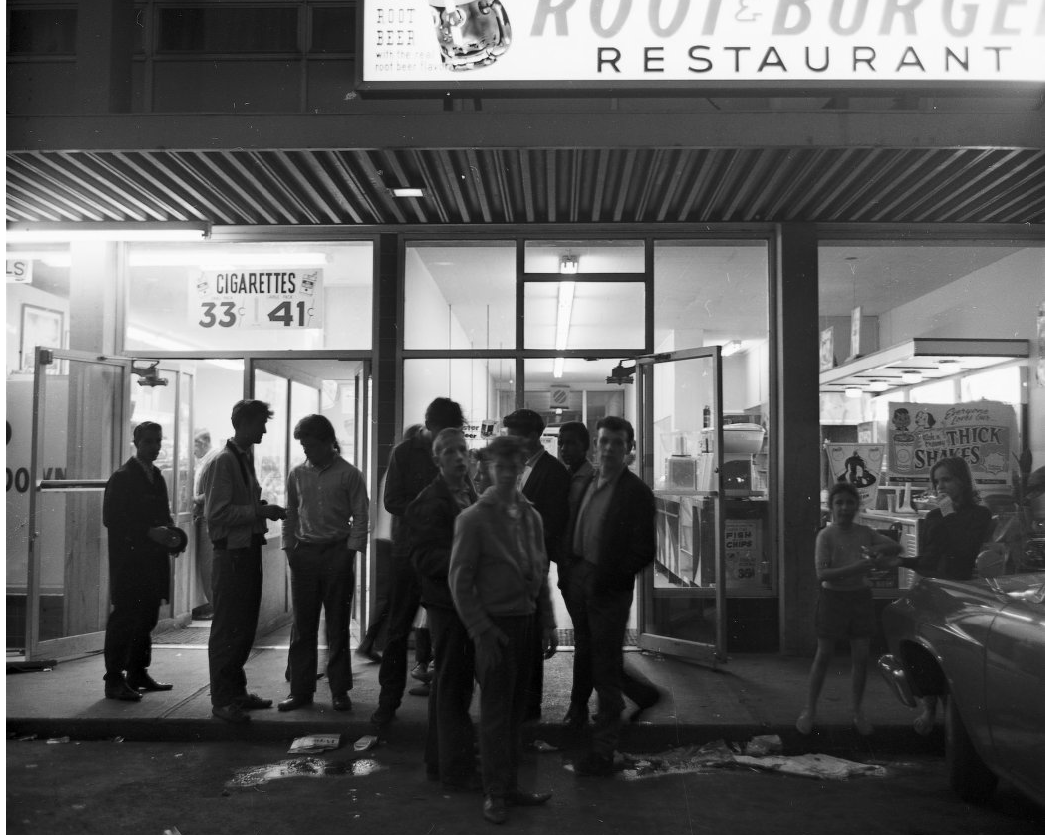 A group of teenagers outside the old Root & Burger Restaurant, 1964 *

Though the restaurant closed, the Root & Burger sign still hung in its original location until January 2011, when the building was demolished in Phase 2 of the Regent Park revitalization project. The sign was recovered from under a sea of debris by the Daniels Corporation, who donated it to the Cabbagetown Regent Park Museum for preservation.

The sign was in poor condition, with a dilapidated frame barely holding the pieces together, but it still exuded character and stood as a proud symbol of an earlier time in the community. Thankfully, however, with the revenues generated by The Journey, a spirited musical that tells the living history of the Regent Park revitalization, Artscape was able to have the sign restored.

Through a partnership between the Cabbagetown Regent Park Museum and Artscape, the sign has been loaned to Daniels Spectrum and remounted above Show Love Café, the newly established eatery run by youth affiliated with Dixon Hall.

Many of the Show Love Café staff have fond memories of hanging out at Root & Burger. One employee, Nyteasha Sullivan, reminisces about Root & Burger’s multigenerational popularity: her aunt worked at the restaurant, and Nyteasha would often join her parents and grandparents, all Regent Park residents, to enjoy a family gathering with a side of burgers, gravy, fries and peach juice. 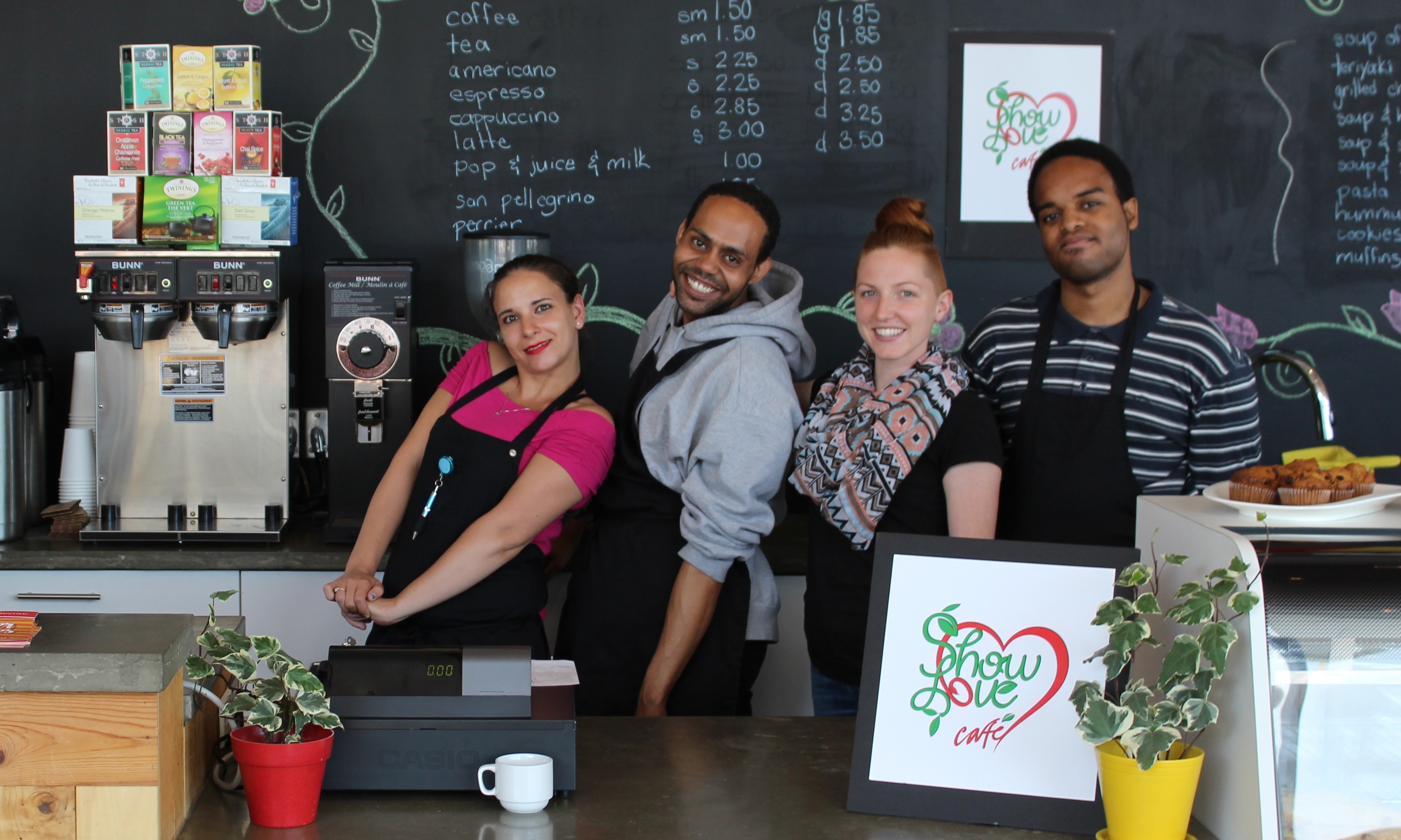 “I feel proud,” she says of the sign’s recent move to Show Love Café, as she believes it is her community’s way of paying homage to a monumental community staple where she says she felt “protected. 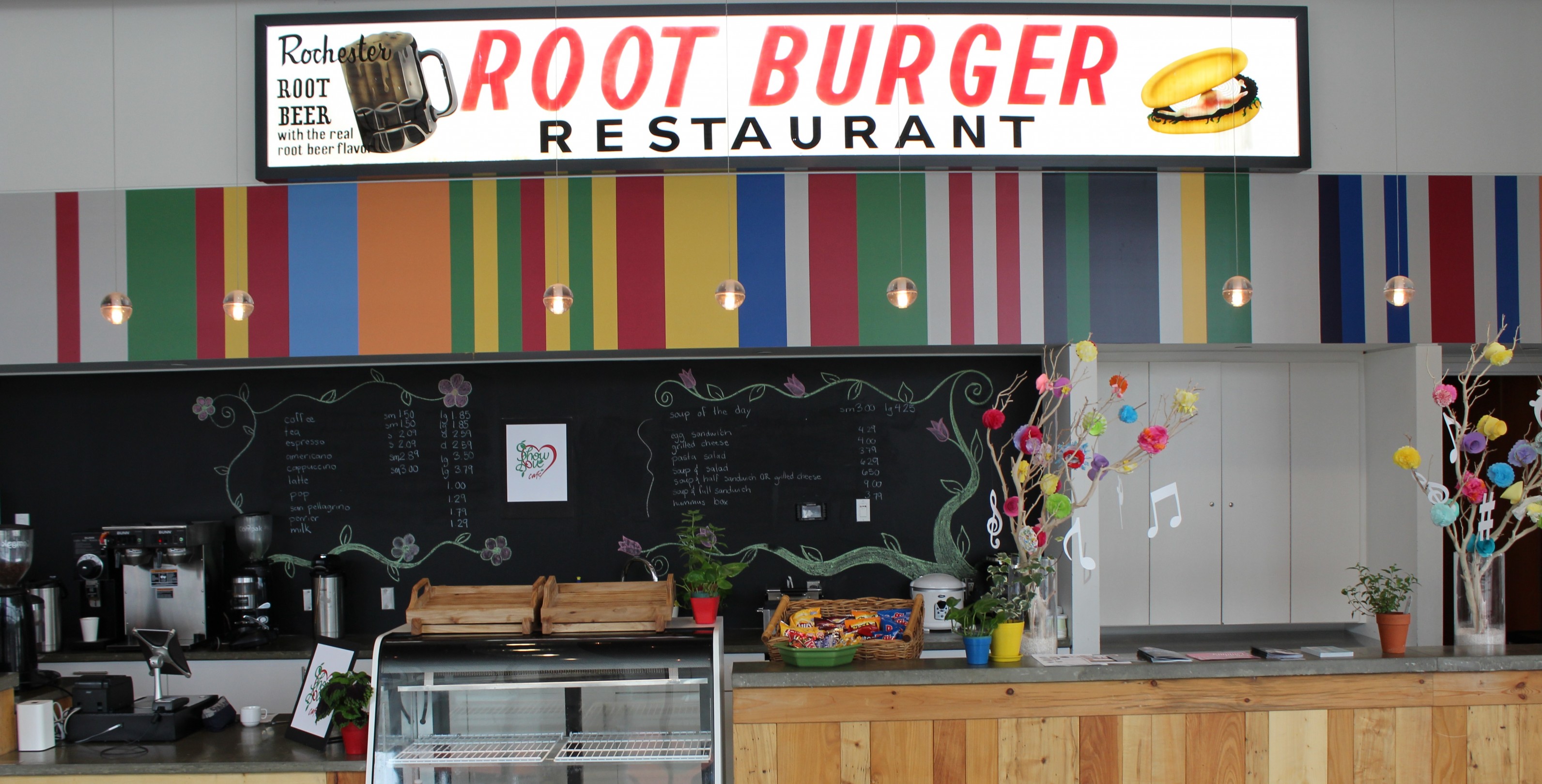